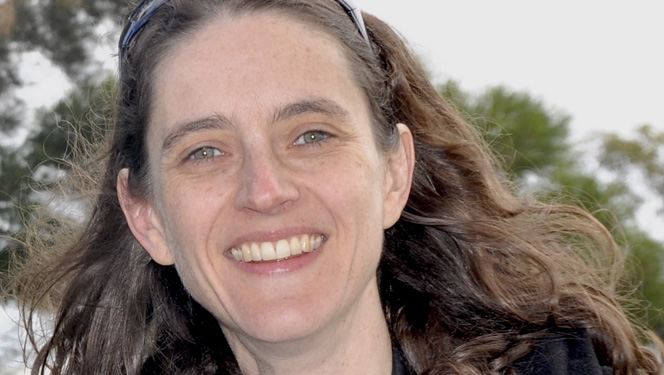 I haven't flown for more than 10 years. Back in 2008 was the last time I flew. I went to the UK to do my doctorate around Christianity and sustainability, sustainable consumption, and sustainable lifestyles. I couldn't say exactly how, but over the next couple of years, I came to understand just how big of a carbon footprint was associated with flying.

I thought, "I can't do this anymore. I'm concerned about climate change.” I honestly haven't found a good enough reason or justification, for what flying entails, in terms of planetary impact. There's a conflict with what I want to see in the world and the change we need to bring about. At the end of the day, it was my own integrity to reduce my air travel.

It’s a difficult choice to no longer fly! What prompted this?

I guess I wouldn't say I committed to never fly if that makes sense, but I haven't found a good enough reason. That was the motivation, but what I would say is that things have changed. It's funny, whereas once not flying might have seemed like a sacrifice, it doesn't feel like that anymore.

What have been the rewards of that decision?

For me, it is integrity. We're all going to need to live a low carbon lifestyle, so that's what I need to do, whether others are choosing to reduce air travel or not. Whatever reasons might be good reasons to fly, from my own sense of self and my own sense of integrity, I haven't found a good enough reason to do it.

It’s also rewarding meeting other people who are on a similar journey and understanding that it's not about going cold turkey on flying, although that's what I've done. It's about exploring our motivations and our deeply held values in a non-threatening space.

I also think I'm more grounded in how I live now. It's not only the lack of flying, but I don't have a car either, so I travel slower. I travel slower so I am more aware and go through the landscapes, rather than just lifting off from one point and landing in another.

What have been some of the challenges?

I have a friend who just went across to Europe for a week. I have moments where I miss it, but the journey has been such a rich and life-giving one. The journey of coming home, in a way, or of deciding to be grounded.

Does your faith come into play?

Yes, it does. In Christian tradition, there's so much that is a story is about death and new life, death, and rebirth. I guess to think that we can find a way out of climate crisis and forever transgressing ecological limits. I think we can do that without some kind of sacrifice, without needing to give things up. To look it fully in the face, I think I feel that we do have to do that and this is something that I can do and that actually, as I say, life has come. So, here living more locally and being connected locally and trying to live with a low footprint, that's its own reward. It brings life, so it's not just about sacrifice. That is the Christian story.

Jesus says, "Come to me all you who are weary and heavy laden and I will give you rest. Give you rest and take my yolk upon your shoulders. My yolk is easy and my burden is light." That's how I understand that that there is a burden and there are difficulties, but they're transformative. They're not more than we can bear, but they're a way that we can change and carry more lightly with others, and in that knowledge that it's a journey to a new life.

What would you want others to know about it?

The idea of being grounded, it's about limitation and identification with Earth and with others that experience the effects of ecological degradation.

Yes. The first thing that comes to mind for me is to acknowledge and accept my own limitations as an Earthling. It's empathy and identification with Earth. With the Earth as vulnerable, and that can be damaged -- and other creatures experiencing the fall out from others extending beyond what their limitations -- grounding should be in terms of living sustainably.

I think a human is grounded in a different way from a tree. What nourishes us? Think about the tree and the soil and the nutrients of the soil and the interconnections with other trees. We learn more and more about that interdependency between trees, but what sustains me? Earth, spirituality, relationship with others.