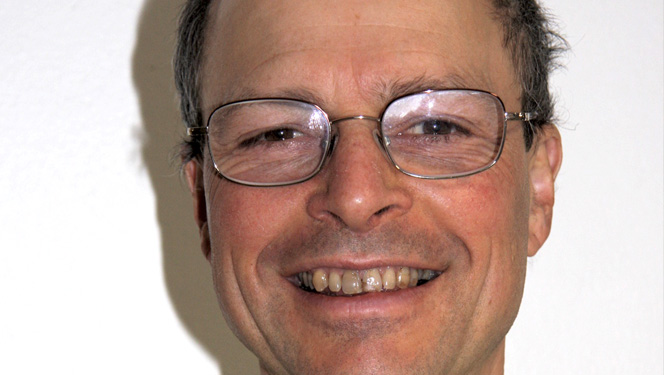 Laurie Michaelis is the Living Witness Coordinator, a partner of Living the Change

I grew up with flying, as a 1960’s child. I traveled with my grandparents, when we were small, including going to Israel several times. I started working on climate change in the late 1980s. I did some of the original analysis and research on the relative impact of flying at the beginning of the 1990s. Given this focus, I was trying not to fly in the early 1990s. I then got a job in the international policy world, with the World Bank. I had a few years where I flew quite a lot. In the early 2000s, I was working on sustainable consumption research, and we got some support in the form of free flights from British Airways.

Around this time, I started to do more Quaker work. We had these projects, one in Brazil and one in Nepal, using these free flights. And I told a Quaker friend, Anne, that I was doing these trips. She just raised an eyebrow and said, “Oh yes?” Then I knew I had to stop. I didn’t fly after the beginning of 2002.

I was really interested in asking, “How do we demonstrate and inquire into how frugal or low-impact ways of living can support our well-being?” I actually coined the term “eco-thrift” - the idea of thrift as living within the planetary budget.

Frugal means fruitful, and thrift is actually about thriving, well-being and wealth.

What has been the impact of not flying in your life?

It meant I was no longer available to be an IPCC author, not going to conferences. It meant losing communities and my involvement in communities, and along with that, a lot of my sense of identity. It was a long, painful process of emptying out my identity in a lot of ways.

Making this choice is not like a balance sheet. It was what I had to do. And it was painful. I had a period where I thought I was finished with no particular future. I had thrown everything away. Quakers weren’t rushing to sustainable living, it was heavy going and slow. I didn’t feel like I had a choice. It’s like Pema Chodron talks about how you walk the spiritual path, things don’t necessarily get better! Often they get harder. It’s a bit like Joseph Campbell and the Hero’s journey - sometimes we spend a long period in the underworld, wrestling with demons and archetypes, and then we’re able to emerge, and be useful in the outside world.

I had done the research on climate and flying, knowing about the impact for years. I’d be sitting in a plane, knowing how much fuel and CO2 are involved, and visualizing this stuff being chucked out the back, trying to get my head around that. Certainly giving up flying was a relief. It was definitely right.

What was the intersection with your faith practice as a Quaker?

I was interested in conducting this inquiry in the first instance with Quakers because there are ethics and values that connect with sustainable living. There is also relational and group discipline, that I was hoping would enable us to inquire and go forward together.

There’s also part of Quaker faith about integrity. Being raised Jewish, I relate to the Hebrew term Emet, which originally in Biblical use was closer to being faithful, being true to something. Rather than believing in something unbelievable. For me, “faith” is about walking the path. In the Torah, there’s the concept of God’s path, or God’s ways -- the paths we walk. Truth and integrity and compassion are all part of that.

How has this become easier for you over the years?

What has changed things, is over the last three years, everybody has been getting into using Zoom a lot. We are now able to participate in a lot of global initiatives and projects. Suddenly I’m hugely more connected. Which is lovely. I have a sense of things being easier, and the Quaker work being useful for other people.

What would you say to someone wrestling with their relationship with air travel?

It depends on what they’re stuck on. I can share my story, but people need to find their own way. It’s good to have the facts. Bearing in mind the facts are not always rock solid.

With people, I want to wake them up a little. Long-Haul jet flights can be expected to result in the order of one climate death. So how are you holding that knowledge, when there is a human sacrifice? How do we acknowledge that? I suggest having a ritual or a moment of silence as people may struggle with having a way of understanding the relative impact.

It’s more important that we’re talking about deep cultural change. What do we see as normal? What do we see as healthy, socially and psychologically healthy in our lives? How do we live in a more present, related way?

An inspiration for me, going back to the 1980s, was Gandhi. What does it mean to live nonviolently, and what in the system is violent? There is something inherently violent about these huge hulks of metal and burning these fossil fuels. A lot of that does mean slowing down, not dashing around, and looking at our relationship with place.