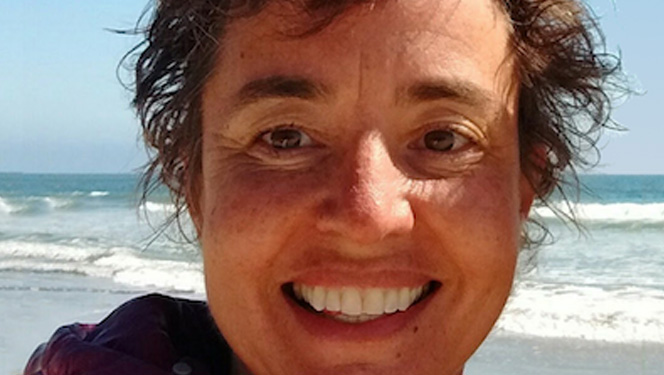 What is your relationship with flying? How has it been in the past?

I really enjoy flying. I love being among the clouds, seeing the beautiful Earth from above and then visiting places I feel deeply connected to or am just discovering. Earlier in my career when I flew a lot for business, I felt important, which was pleasant. Then, as information about impact began to circulate, I went from unconscious, to vaguely conscious and ambivalent, to conscious and guilty.

How is it now?

I avoid it as much as I can. My goal is once a year (see my parents) and I'm generally able to keep that. When I fly, I stay for as long as possible, see a lot of friends, do a lot of connecting for my work and ideally go on retreat. On the plane, I have a ritual to speak to mother earth and all the beings who might suffer because of my flying. I ask her and their forgiveness, which I don't expect to receive. I ask that all that I'm doing as a result of this flight may somehow serve to reduce suffering.

First, learning about the actual impact, that over the course of a year, all my hard-won carbon emissions reductions were dwarfed by a single cross country flight. It was then a long journey to figure out how I could both fly consciously, which means flying less and maintaining the connection to my intentions when I fly.

How did you come to those changes?

I decided that feeling guilty was just a stage. I was significantly helped by the translation of sila (Buddhist ethics) that begins, "I undertake the training to non-harming." Non-harming is a practice and I'm committed to getting really good at it.

What’s hardest about it?

Saying no to important opportunities for my work and the possibility of connecting with people that I deeply care about as well as the rest of Nature. Flying itself still hurts my heart in two ways: the impact is still the impact and it's hard to be inside the system that makes it all seem so normal and even desirable.

What are some benefits?

I'm flying a lot less, which means less impact. Also, when I fly, there's a sense of tenderness and humility. I feel connected to all the people who are expected or need to fly but really don't want to because of the impact.

How has your spiritual practice and community played a role, or supported you?

Buddhist teachings, practice, and community have been essential in this journey from unconsciousness to painful turning towards this difficulty to compassionate accountability. What seems like the opposite of spiritual practice, walking through an airport, taking my seat on a plane, has become an invitation to hold difficulty with kindness. It's the nitty-gritty of practice, an opening to the full awareness of the complexity of my own flying. As I've explored this, I find I can increasingly stay with the uncertainty, the vulnerability of it, without falling into guilt or shame but also acknowledging and taking responsibility for the impact. It's possible to maintain awareness of the structural, collective and historical dimensions (this is the system I was born into, there are enormous forces at work keeping it in place, it's been building over centuries if not millennia) while holding myself accountable for my contribution to that system.

When I'm able to practice this way, I feel neither arrogant about my choices nor defensive or defeated. Over time, as I resolve again and again to do my best, my best gets better.