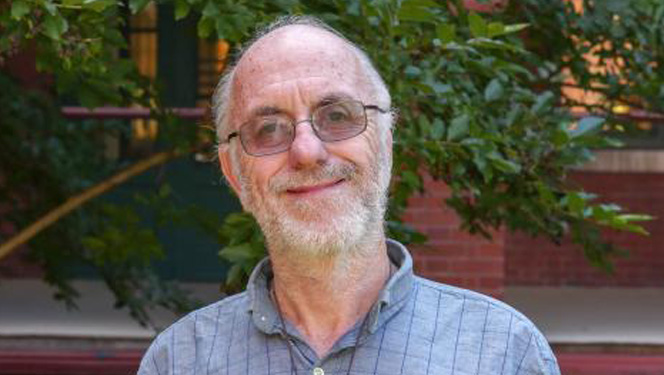 Something is Lost and Needs to be Found

St. Francis of Assisi, who is considered the patron saint of ecology, looked at life through the lens of all creation. He had a relational connection from which blossomed a perspective of deep empathy. He looked for ways to defend the environment according to the needs of each living being. Rather than viewing creation from ‘anthropocentrism,’ which literally means human-centered, Francis saw creation as ‘biocentrism’ which means life-centered. It is from this vision that Pope Francis talked about integral ecology in his encyclical Laudato Si, which celebrated its 4th anniversary this summer. We are not separate from the environment in which we live; rather we are connected as part of the natural environment. We are all part of and one with creation. Pope Francis coined the phrase, “care for our common home.” With both St. Francis and Pope Francis, we see a concern, not just for humans but for all creatures and for the place where they live as well. Their theologies offer an invitation to care for all of the habitat, thereby protecting the integrity of the ecosystem.

As people of faith, we often look at the climate crisis from a 10,000 foot level. We know there is a problem, but we tend to look at others as the problem and look to others for a solution. We blame the fossil fuel companies, the government, others. We believe that the Earth was created and should be viewed solely from the human perspective. A belief that allows us to interpret the world in terms of human values and experiences and grants us the right to use Earth for our slightest whim.

Environmentalist and founder of the Sierra Club, John Muir contested the Christian concept of human dominion over natural resources. Muir was a very religious and spiritual person. While most Christian thought in Muir’s time was centered on anthropocentrism and the belief that Genesis taught that God gave man dominion over all creatures, Muir developed a different theology. He saw the spirit in everything natural. Muir wrote: “most people are on the world, not in it — have no conscious sympathy or relationship to anything about them — undiffused, separate, and rigidly alone like marbles of polished stone, touching but separate.” He believed that in order to address the environmental crisis, we first have to examine our own attitudes toward nature. Muir believed that we had to experience the "presence of the divine in nature”.

I was recently reflecting on our celebration of the feast of St. Anthony of Padua. St. Anthony was one of the early followers of Francis of Assisi, known for his preaching and his willingness and to engage in vigorous debates. But perhaps Anthony is best known for being the patron saint of lost things. There is a very simple, special prayer people say when they have lost something and are trying to find it:

Something is lost and needs to be found.”

St. Bonaventure a 13th century Franciscan theologian described the created universe as the fountain fullness of God’s expressed being. As God is expressed in creation, creation in turn expresses the creator. The 11th century mystic Hildegard of Bingen said, “the Spirit of the Lord fills the earth. This means that no creature whether visible or invisible lacks a spiritual life.” If all creatures have a spirituality and reflect God, perhaps our paradigm should be as St. Francis taught-one of humanity in service to creation not creation in service to humanity. Gandhi said “be the change you wish to see in the world.” Living the Change is about more than driving less or eating less meat. While those are important, we need to find our spiritual connection to creation as well. I invite you to join me in praying to St. Anthony of Padua to help us find it. Peace and All Good.

Patrick Carolan is the executive director of the Franciscan Action Network. He is a co-founder of the Global Catholic Climate Movement, a recipient of the 2015 White House Champion for Change Award for his work in the Climate Change arena, and a Senior Fellow at the Center for Earth Ethics.