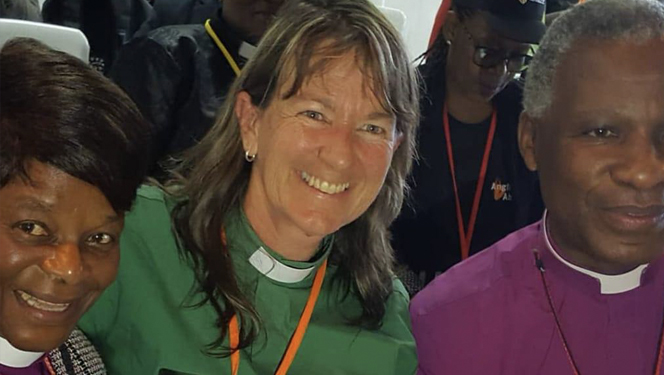 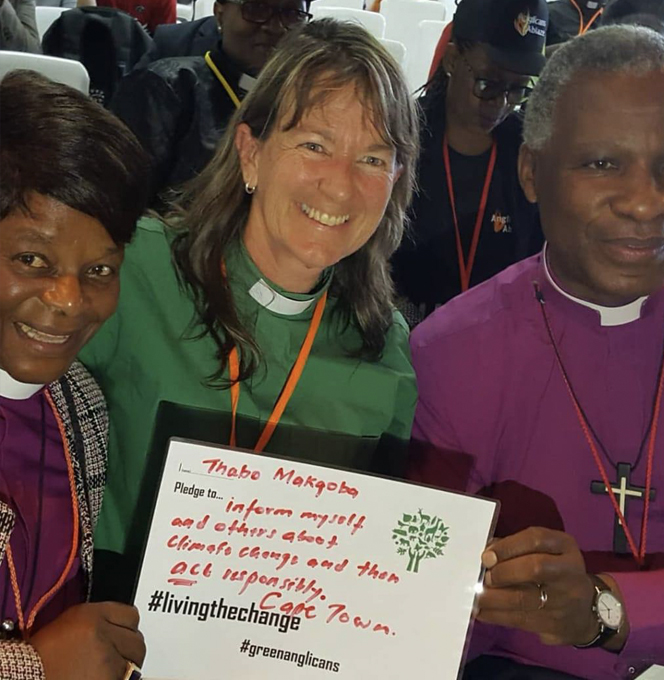 Living the Change at “Anglicans Ablaze”

Durban, South Africa - Over 2000 Anglicans from eight countries gathered in Durban for an inspiring three-day conference and time of spiritual revival.

One of the themes of the conference was Care for Creation.

The Green Anglicans Team were present every day with their stall, inviting people to make a pledge to change their lifestyle to live the change, reducing our impact on this planet.

At the accommodation for youth – Vuleka Centre a fun evening was had with icebreakers and snacks, to introduce the youth to the Green Anglicans movement. Canon Rachel Mash shared how she as a “recycled youth” has realised that young people need to be at the forefront of the movement. “My generation”, she said, “have been the ones to damage the earth. Your generation is being called the be the healers”. 9-year-old Lubabalo from Mthatha pledged to start a children's movement called Kids go Green At the main conference, some 400 people packed the hall for the Care for Creation Session. The young green anglicans started with the song which is becoming the Green Anglican Anthem: “Here and everywhere we feel the spirit of the Lord”.

Canon Rachel Mash, Environmental Coordinator, shared an overview of the Biblical Call to care for creation. Humans were given a garden of paradise and told to work it and look after it (Genesis 2:15) but then the sin of green came in - we had enough for all our needs, but were tempted to eat of the fruit which was forbidden. And our relationship with God, humans and the earth was broken. That relationship was restored in Jesus who died for all things and all people. (Colossians 1:20) We are called to work for the renewal of the earth . There is no planet B!

Bishop Ellinah Wamukoya (Bishop of Swaziland) inspired us to consider the environmental message of the Eucharist – it is food, it is fellowship. We are inspired to confess our sins of greed that have damaged the earth and to recognise the sacredness of the Earth

9-year-old Lubabalo prayed for the Archbishop as he began his talk – that he would have courage.

Archbishop Thabo gave thanks that in the Province the environment is no longer seen as a “tree hugger” issue, but as an issue of social justice. He inspired us all to take practical actions to make a difference – saving water, energy and reducing our impact.

The talks were followed by workshops. After an icebreaker led by Mandisa Gumada , we divided into groups to look at the three issues of Air Pollution, Water Pollution and Land Pollution – using the “problem tree” methodology – led by Bino Makalanyane. First we looked at the ‘fruits’ or results of the pollution and then at the roots, what are the causes.

And finally we looked at what actions the church should take, including:

After the workshop, people also made pledges about how they can personally be #livingthechange.

Canon Rachel Mash is environmental coordinator for the Anglican Church of South Africa, Swaziland, Lesotho, Namibia, Angola and Mozambique. She is on the steering committee of the Anglican Communion Environmental Network and recently helped organise the Eco Bishops Conference. She is also on the steering committee of the Season of Creation initiative