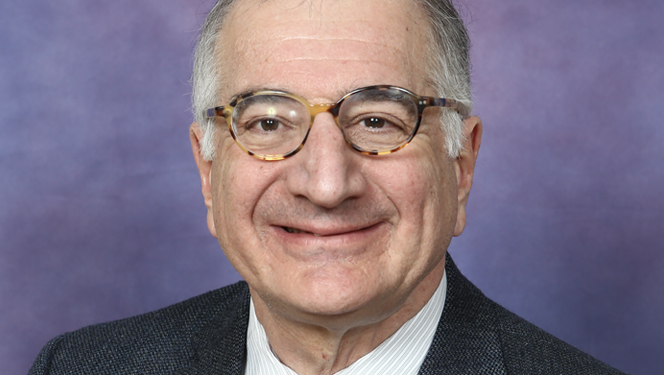 Fear and the Electric Vehicle: Accepting the Evidence is Very Hard

New York City, United States – Few things are as certain among scientists as climate change. Political posturing aside, it is an accepted fact that human activities, especially burning fossil fuels and raising beef for human consumption, are increasing the earth’s temperature. This will lead to a host of dire consequences, motivating all countries except the United States to sign on to the Paris Climate Agreement in an attempt to reverse global warming.

So people who advocate that scientific evidence be accepted and, whenever possible, put into action, should naturally embrace recommendations to do things to reduce our carbon footprint. One way to accomplish that in this case is to switch from gas-powered to electric cars. If one lives in a state where most electricity is generated by sources other than fossil fuels, as is the case in New York, then an electric vehicle (EV) will decrease its owner’s contribution to climate change.

With that in mind, I decided to give up the high horsepower, high octane-consuming coupe I had driven for almost a decade and switch to an EV. I test drove a Tesla, which also offers plenty of heart-thumping torque, but could not justify the six-figure price. So I focused on lower end EVs and finally settled on the Nissan Leaf. It offers 150 horsepower, about half that of my current Infiniti G60, and a paltry range of only 150 miles per charge. But I decided that the sacrifice was worth being able to walk the talk and do something to help reduce our self-destructive reliance on burning gasoline.

It was not, then, the sacrifice of power and convenience that caused the high levels of anxiety I felt as I drove my Infiniti to the Nissan dealer in Yonkers, New York, prepared to trade it in for a Nissan Leaf. But if I had not only made peace with the loss of horsepower and range, but also felt rather virtuous about the decision to get an EV, then why did I feel overwhelmed with fear by what I was getting myself into? And why was I more than half-hoping that when I got to the Nissan dealer, something would go wrong so I wouldn’t have to go through with it after all?

The source of my fear and anxiety, I am convinced, came from the very human recalcitrance to change. I have been driving gas-powered cars for more than 50 years. Watching the fuel gauge on long trips, asking my wife “is there gas in your car?”, and pulling up to the gas pump are all long-standing habits, done without a second thought. In New York City, where I live, and especially in Manhattan, there is a paucity of gas stations, and so getting gas for the car actually requires some planning and effort. Nevertheless, filling up the fuel tank was part of life, as natural and necessary as eating and sleeping.

The fact that this activity is contributing to destroying our planet did not come as welcome news to me. Life has enough hassles for all of us, so we don’t like it when something as ingrained and routine as getting gas for the car suddenly becomes a morally suspect and dangerous activity. It was hard enough learning how to use a computer and switching to cell phones. I could perhaps be forgiven for not wanting another major technological upheaval in my life.

And yet, it isn’t as if I was being asked to learn how to sail a ship or fly a plane. Electric cars don’t look much different than gas-powered cars (except for the absence of tail pipes spewing out exhaust). Inside, there are the familiar steering wheel, directional signal gadget, accelerator pedal, and brakes. This is not an exotic rocket ship, but rather a car that happens to be plugged in instead of filled up. Why all the angst?

First, almost no one I know has an EV. That means that I am stepping away from the group of fellow gas-powered car owners that I have been part of for five decades and entering an obscure world with people I know only online. Our social groups provide us with security and support for our ideas and beliefs. When I told friends and family about my decision to buy an EV, none tried to argue it was a bad idea or to talk me out of it. But no one lauded my decision or gave me a supportive comment either. The response was basically: “Do it if you want to, but I’m not going to get one yet.”

Second, even the car dealer didn’t seem that enthusiastic. Although we all make fun of car salesman – they are the charismatic figures that convince us to buy a car and then take us through all the steps of picking out the options and colors, signing the paperwork, and getting instructions on using the new car’s innovations before driving it off – we still rely on the dealer to know what he or she is doing, and to act as a kind of authority figure. In the case of buying an EV, our salesman was a warm, friendly, and very intelligent young man who started the conversation by asking me several times why I wanted an EV. Each time I told him it was because I am concerned with the environment, an answer he didn’t seem to entirely accept. He told me he wouldn’t buy one himself because he likes fast cars with big engines. And when it came time to go over the numbers, he started by saying “gee, the deals we have for these cars are terrible.”

Although I admired this man's honesty, I could not look to him as an expert or authority on electric cars. He would gladly sell me one, but I sensed that if he could talk me into a gas-powered model instead, then he would feel on firmer ground himself.

Third, the benefits of an EV are not immediately realized by any individual. It is true that I will save a lot of money by not having to purchase gasoline anymore, but that isn’t the reason I bought an EV. My motivation was environmental concern, and I will not get any instant gratification from my EV in that regard. It isn’t as if I will see a direct relationship between my car’s lack of carbon emission and the necessary reduction in the earth’s temperature. Hence, the payoff is remote. We can look at this in terms of risk prediction. The risk of climate change is not immediate, and therefore even if everyone drives an EV, the impact on that risk is distant. Because we respond to immediate risks (and their solutions) better than to remote ones, the benefit of an EV is felt as being far away.

Finally, there is the absolute strangeness of plugging a car into an electric source. The Nissan Leaf I bought gets only 150 miles on a fully charged battery and takes hours to charge to that level. Although the number of charging stations is increasing in the US, and a convenient app tells you where they are as you travel, it won’t be fun to have to wait several hours at a roadside charging station before resuming a journey. In other words, the EV introduces a new source of complexity to life. We have to figure out how to master the art of getting the most out of a fully charged battery.

My anxiety over getting an EV is thus clearly linked to four factors: loss of a social group, lack of a credible authority figure, difficulty appreciating remote risk, and complexity. These are all things we cited as issues that hinder our ability to accept scientific evidence in our book Denying to the Grave: Why We Ignore the Facts that Will Save Us. The scientific evidence in this case is clear: switching to an EV reduces carbon emission and helps to halt the march to global climate catastrophe. But psychologically, there are many reasons one might want to avoid that evidence and pretend it doesn’t exist. Trying to defy human psychology evokes fear and anxiety.

In time, I am sure I will be less and less afraid of my new car. It drives like any other car I have ever owned. I’ve charged it without difficulty, and I will soon have my electrician install a 220-volt outlet in my garage so that charging will go faster. But most importantly, more and more people will get EVs, and I will ultimately be part of a new and reinforcing social group.

Making a change is never easy, even when the evidence tells us that change is necessary. If we want people to rearrange their lives in order to save the planet, we are going to have to figure in all of the psychological impediments we have to doing so. Fear keeps us from doing many things scientists tell us to do, like vaccinating our children, eating GMOs, and buying electric cars. We need peers and authority figures to support us when we take the bold step of accepting the evidence.

Jack Gorman is a physician, scientist, and President and Chair of Critica Inc., a non-profit corporation devoted to improving the acceptance of science by the American public. His books including "Denying to the Grave: Why We Ignore the Facts that will Save Us" (with Sara E. Gorman, 2016) and "Neuroscience at the Intersection of Mind and Brain" (2018)