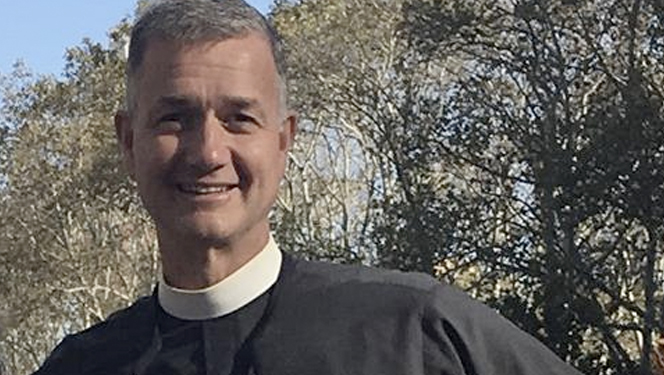 Time to Start Living the Change: A plea for lifestyle change as part of our response to the climate crisis

New York, United States –During the final hours of the 2015 Paris Climate Agreement negotiations, members of the Climate Vulnerable Forum – countries severely impacted by climate change – pressed for a 1.5⁰C temperature increase limit in the text of the agreement instead of the standard 2⁰C goal, arguing that this half-degree was a matter of survival for many of the world’s most at-risk communities and nations. The Marshall Islands’ foreign minister made this clear, saying: “For us, it's 1.5 to stay alive.”

Earlier this week, the world’s leading scientific climate change body issued a report that made it clear that the “us” in his statement includes many more of us than previously thought. The report shows with frightening clarity that an additional half-degree of warming – from 1.5 to 2 degrees – will turn a dire situation into a global catastrophe by 2040. Crop yields in many countries will plunge, threatening hundreds of millions of people with starvation. Sea levels will rise, wiping small island nations off the map and inundating the world’s coastal cities, many of them massive. These effects will turn millions of people into climate refugees, accelerating the spread of poverty and global insecurity. All this devastation will happen within twenty years, within the lifetime of most people alive, unless we take drastic action to correct course at a truly global scale. A terrifying lack of leadership by the US and other governments has exacerbated the situation, slowing or (in the US case) reversing the necessary political response.

For the past 30 years, climate change has represented an emergency. Now, for three reasons, we need to adopt lifestyles that lead us to act in our daily lives like the emergency is actually real.

The first reason lifestyle change matters is that it turns climate change from an opinion we hold into a daily, personal challenge. For most people outside of the professional environmental and activist communities, climate change is an abstraction. It may be a frightening one for more and more of us, but it is an abstraction nonetheless. It feels callous to say this when we see Hurricane Michael leaving sadness and destruction in its wake across Florida, but it is true. The simple reality is that for most people, climate change may be a matter of periodic political and humanitarian concern. It is not anything close to a matter of consistent personal urgency.

Behavior change upends that calculus. It turns an abstract concern into a concrete challenge. How can I use less energy today? Can I summon the willpower to eat vegetarian tonight? Will I take mass transit instead of driving my car to work right now? These daily challenges insert climate change into our daily consciousness, exactly where it needs to be if we’re going to see cultural and political change at the necessary level. Religious communities know that daily challenges, daily habits shape our minds. We pray, meditate, reflect every day because we know that daily acts determine the course of our lives. Climate change must now assume that level of importance.

Second, lifestyle change matters because it is hard. Like the climate crisis. It is not easy to change our consumption habits on a personal level, just as it is not easy to transform the world’s energy, food, transportation and land use systems within a few decades. A downside of several dominant narratives about the climate crisis is that they suggest that if only some certain group of people got their act together, the climate crisis would easily be solved. Let’s be clear – this isn’t an absolution of corrupt politicians, fossil fuel executives, and others whose delay and decisions have created the system that is destroying the world’s ecosystems. But it is a recognition that the challenge we face is a hard one, and that addressing it will require all of us to change. The recent IPCC Special Report on Global Warming of 1.5 °C by the UN Intergovernmental Panel on Climate Change (IPCC) makes this pretty clear. If we want to prevent catastrophe, the choice is not between change in the political or economic or personal realms. This is not a buffet. Everything needs to change.

When it comes to tackling challenging personal behavior change, again religious and spiritual groups have a long history of wrestling with difficult challenges. Christianity and Islam, the world’s two largest religions, each has a major season of the year – Lent and Ramadan – devoted to challenging people to take on a difficult new set of habits in order to develop spiritual depth. When faced with life’s painful realities such as starvation or natural disasters, millions of religious communities around the world face the pain directly. They give. They volunteer. They engage. They lean in. This willingness to face what’s difficult instead of turning away represents religion at its best. In addition to the growing level of climate advocacy and activism by faith leaders, we need to channel that better-angel instinct in the direction of behavior change.

The final reason that lifestyle change matters is that it can make a real difference, quickly. Whether or not politicians believe that behavior change will happen at meaningful scale, or whether they are unwilling to invest political capital in order to encourage it, history still teaches us that large-scale behavior shifts can happen in critical moments and make a massive impact. Consider these examples from the past century.

During the Second World War, the UK and US both faced a need to grow more fruits and vegetables domestically. Before the war, Britain imported 70% of its food. Following an effort to grow more produce, “by 1943, it was estimated that home gardens were producing over one million tons of produce, and by 1945, around 75% of food consumed in Britain was produced in Britain.”1 According to another source focused on the United States, “Some 20 million Victory Gardens were planted, and by 1943, these little plots produced 40 percent of all vegetables consumed in the US.”2

Or consider this. In April 2015, in response to a severe four-year drought, Gov. Jerry Brown called on Californians to reduce their water use by 25%. The Los Angeles Times reported that the residents of the state came amazingly close to meeting this “audacious” goal. “Between June 2015 and April 2016, when restrictions were in effect, residents reduced the amount of water they used by 24.5%.” That’s right – a near 25% change within ten months. Furthermore, because pumping water requires a huge amount of energy, cutting back on water use also resulted in enough energy savings to power 274,000 average homes for a year and prevented “521,000 metric tons of greenhouse gases, the equivalent of taking about 110,000 cars off the road for a year.”3

In other words, large-scale behavior change can happen. When it does, it makes an immediate impact – exactly what’s needed in our current case. This isn’t to say that we shouldn’t be addressing the underlying economic, political and cultural dynamics that have given rise to climate change – of course we should. And it’s equally clear that the impetus behind the two examples above was more intense and immediate than most people presently feel. However, climate impacts are becoming more visible. As these effects become more pronounced, a concerted effort to link climate awareness and behavior change can absolutely make a difference. Managed properly, behavior change can also create an opportunity for education about the economic and political changes needed to protect the planet’s future.

Study after study shows that “nearly two-thirds of global greenhouse gas emissions are linked either directly or indirectly to human consumption.”4 Three behavioral areas – home energy use, diet and transportation – are responsible for a significant majority of household greenhouse gas emissions. We need public leadership and community support for changing these behaviors as a consistent part of our response to climate change.

That’s why the new international, multi-faith initiative called Living the Change is so important. Living the Change supports faith leaders and their communities in making and sustaining behavior changes that result in lower emissions. Already, important spiritual leaders are stepping forward to make public commitments. Gretchen Castle, General Secretary of Friends World Committee for Consultation (Quakers), reflected upon her commitment to purchase renewable energy for her home: “The spiritual imperative I feel as a Quaker and as a Christian to love one another is at the heart of my life and my relationships, with people and with the earth.” Bishop Efraim Tendero, Secretary General of the World Evangelical Alliance, has committed to a vegetarian diet and to using 100% renewable energy at home. This week, more than 80 events in 23 countries around the world, organized by Hindu, Buddhist, Muslim, Christian, Jewish, and interfaith communities, are providing an opportunity for people of faith to declare publicly that they will pursue a more sustainable lifestyle. It’s an important step in the right direction.

At the Global Climate Action Summit in San Francisco last month, Grace Cathedral hosted a moving multi-faith service. During the service, representatives of different spiritual traditions read aloud, into the cathedral’s majestic space, sustainable living commitments made by leaders from these traditions, as well as from everyday members of churches, temples, mosques and more. Each set of commitments was preceded and followed by a prayer or short spiritual teaching. Facing the enormity of climate change, it was a beautiful moment – individuals speaking their commitment into the enormity of the cathedral, the sound of each commitment absorbed into an increasingly charged silence. It was a transformative time, when the counterintuitive power of individual commitment was strikingly clear.

We all need to get to living the change, especially now that the 1.5 degree report has shown the challenges are real, the storms so powerful, and our responses, while growing, are still vulnerable and small. Please join us on this journey of walking gently on the planet. Make a sustainable living commitment of your own. Organize an event at your congregation where others can do the same. In response to this week’s frightening news on climate change, it may be the most meaningful thing you can do.

Rev. Fletcher Harper is the Executive Director of GreenFaith, an international, interfaith environmental organization that coordinates Living the Change